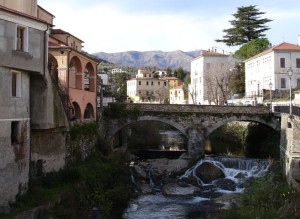 Works will be presented in eleven rooms of the Palazzo Doria, an historical sixteenth century Palazzo, former residence of the Doria family; an important naval family from Genoa in the Province of Liguria. The Palazzo is now owned by the Comune of Borgomaro, who along with the Mayor are supporting the artist in presenting this exhibition.

Borgomaro itself is a picturesque town in the Maro valley nestled in the hills above the coastal town of Imperia. The working life and identity of Borgomaro is closely connected and bound to the earth, steeped in history and centuries old agricultural traditions central to the production of olive oil. 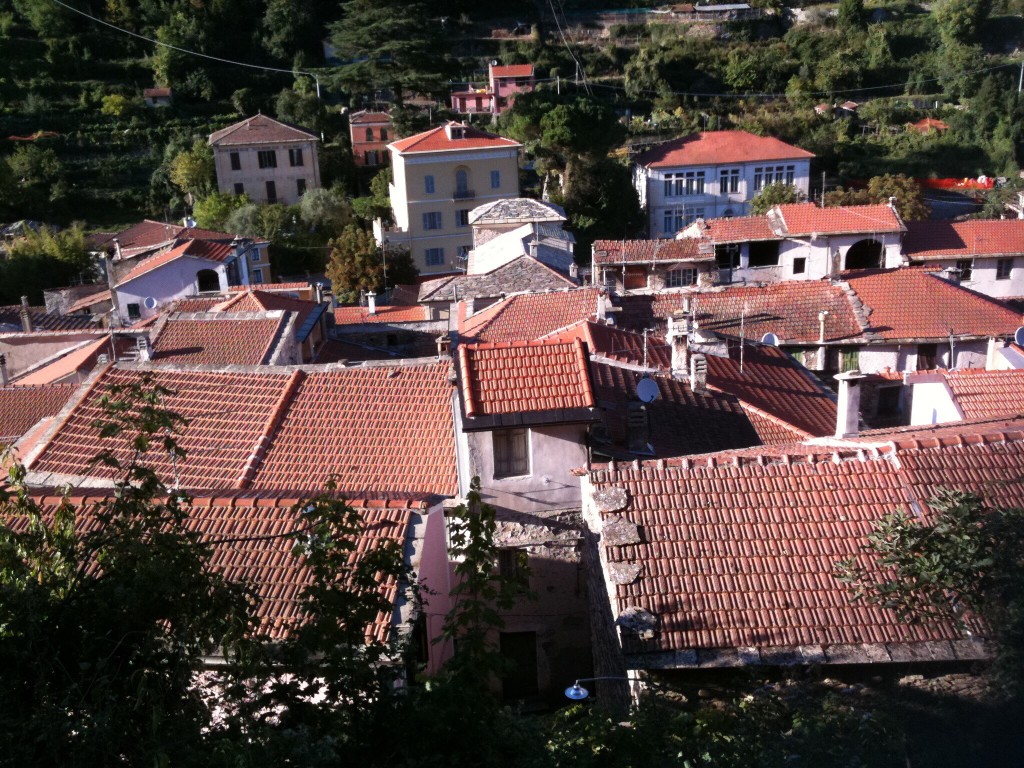 The artist Kevin Flynn has spent the last ten years working in the town of Borgomaro. He has been inspired by nature and the built environment, history and the materials and working life of the people of the region, to produce the works that are presented in this exhibition. In these works the artist has used discarded, forgotten and seemingly valueless materials reworking them in order to bring new life and meaning, echoing and celebrating the cultural and working life of the region, exploring the environment and man’s interaction with it. 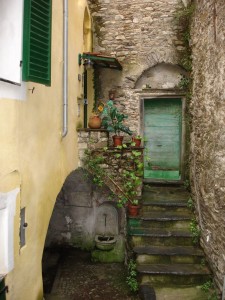 Raw and abandoned materials salvaged from the earth or discarded from cantinas are reinvented and transformed by the artist, preserving and documenting remnants of human existence, daily lives and individual lived moments. Works resonate and reveal memories, stories and traces in time. The earth, the sun, nature and human interaction are intrinsic and inform work.

Dignifying and giving new life and value to these rejected materials works conserve and record the identity of the region, ensuring that elements that change and disappear in time are documented and preserved, giving them new status.

The artists response to materials and his inspiration produces objects, sculpture, collage, works on paper, books, assemblages and constructions. Works offer intrigue and curiosity challenging the viewer to look beyond the fragmented, discarded and disintegrated remains and see into the impressions of doorways, windows and openings and the working life and human interaction with nature that lies beyond, inviting the viewer to recall and re-tell those memories, stories and histories.

Once rejected and forgotten materials are reconstructed and resurrected into a new life.

Kevin Flynn was born in 1969 in Nottingham, a city in the centre of England. 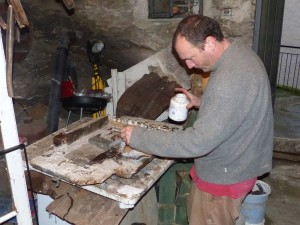 Studying Art and Design at Trent Polytechnic Nottingham he then went on to study Fine Art at Newcastle Polytechnic United Kingdom, where he graduated with a BA in Fine Art, specialising in printmaking.

Kevin has exhibited in galleries and participated in numerous group exhibitions throughout the United Kingdom including Durham, Newcastle, London, Nottingham, York, Derby and Cheltenham.

For the past twenty years he has taught in Special Educational Needs schools in the UK where he has developed therapeutic and creative learning practices in the visual arts to support and encourage pupils engagement in learning and raising their self esteem in artistic achievements.

Kevin is currently Head of Art and Design at a Special Educational Needs school in Nottingham.

During the past ten years he has travelled to his studio in Borgomaro, Italy where he has been inspired by the people, region and materials. The freedom and tranquility of the region has enabled him to develop and refine his artistic practice, philosophical beliefs and approach to the use of resources to produce the body of work that will be presented in the exhibition. 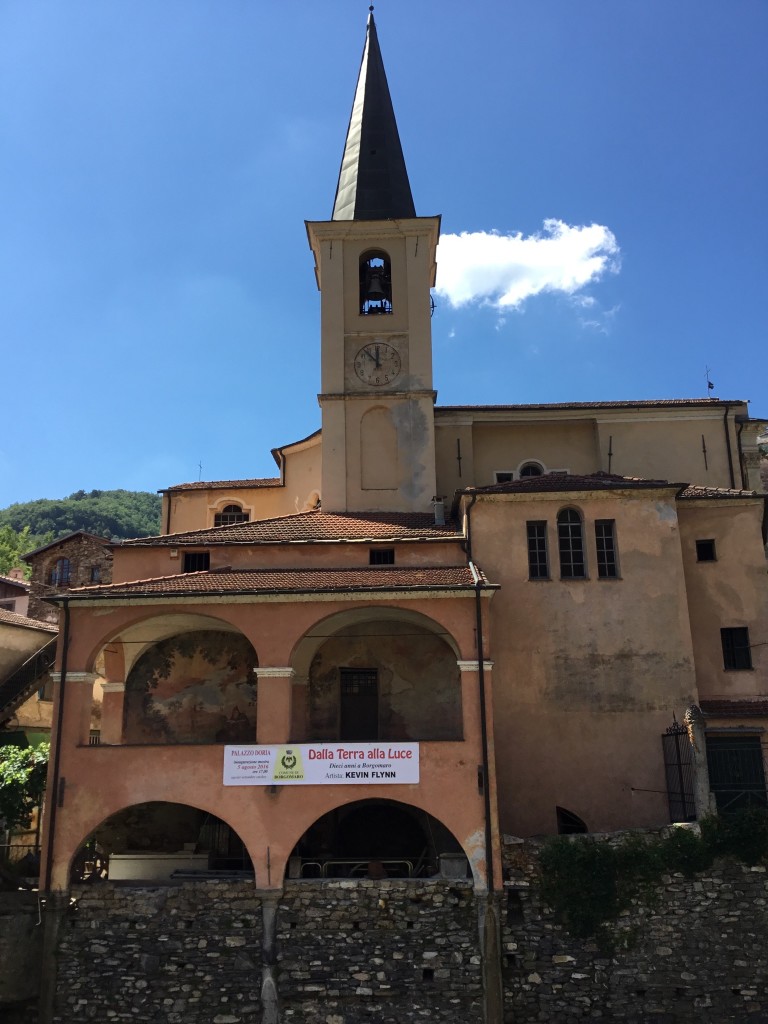 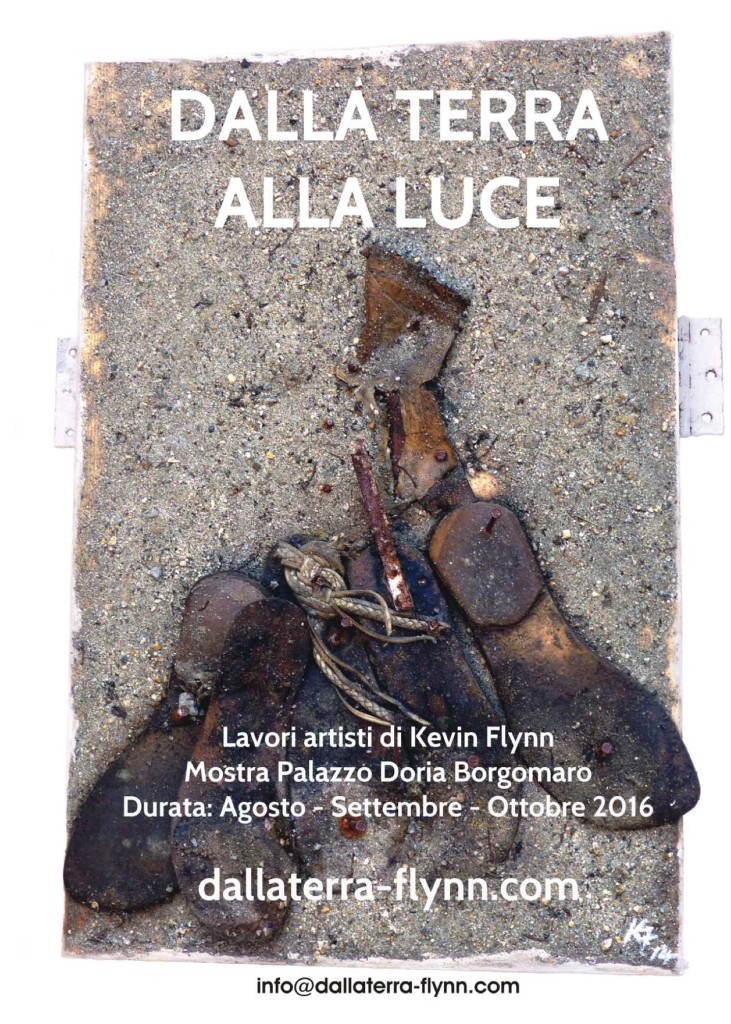